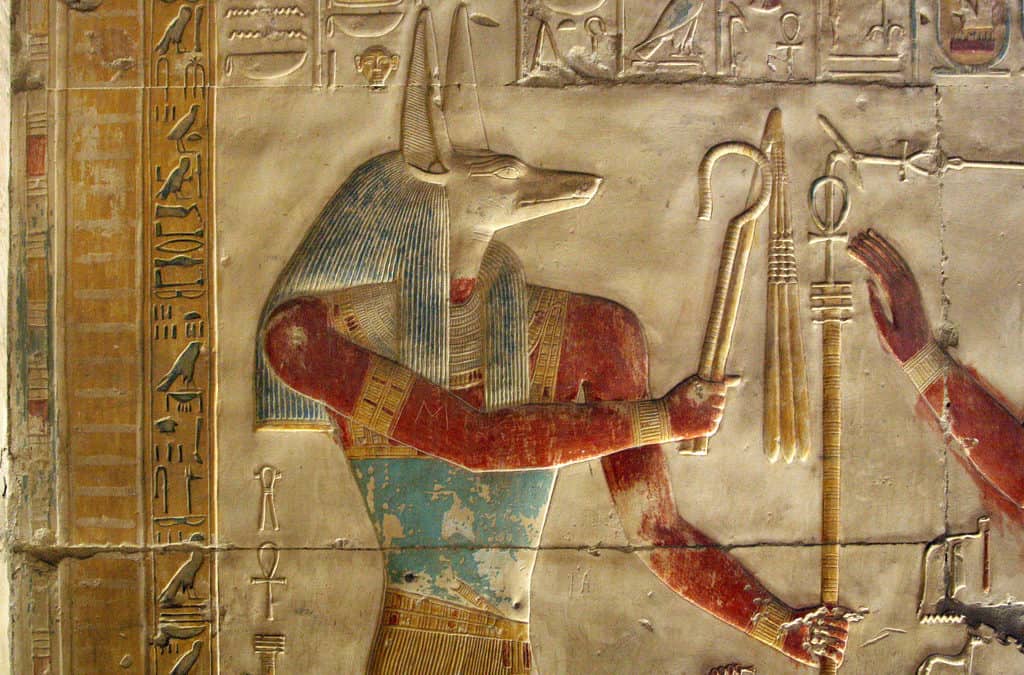 Ancient Egypt has fascinated travelers from around the world for decades. The promise of well-preserved ruins, myths and legends of an ancient culture, and a bit of mystery is enticing to many. Especially since most of us have grown up learning about this ancient world in school, seeing it on television or in movies, and reading about it in books. However, while iconic sites such as the Great Pyramids, Abu Simbel, and the Valley of the Kings are almost household names when it comes to Egypt, these well-known attractions aren’t the only wonders to discover on your Egypt tours.

Abu Simbel temple, one of the most amazing historical sites in upper Egypt

So, if you have already seen Egypt’s most popular sites or, you are an intrepid traveler looking to get off the tourist trail and experience something different on a private Egypt tour, then this article is for you: here are five amazing historical sites in Egypt that you’ve probably never heard of.

The Dendera temple complex, which is located about 1.6 miles from Dendera town, is actually one of the best-preserved temples in all of Egypt, yet few tourists actually visit it. The area on which this temple complex is located covers about 430,000 square feet and has ten key features.

Dendera temple’s main feature is the Hathor Temple. Those familiar with the ancient Egyptian gods will recognize Hathor as the goddess associated with motherhood, fertility, and healing, though she was also associated with several other attributes. Hathor was one of the most popular and important gods in ancient Egypt, worshipped by men and women alike. Her image was commonly depicted as a female figure with the head or ears of a cow.

The Temple of Dendera was an incredibly holy place. Given Hathor’s associated with healing, it is believed that this temple complex was a pilgrimage site for those looking for miracle cures as well as a sort of hospital. While this healing aspect was a crucial and very important function of Dendera, it wasn’t the only use for this temple. It was also the site for numerous festivals and celebrations. An ancient text alludes to a special New Year’s procession where a statue of the goddess was paraded through the temple and unveiled at dawn as a celebration of the dawn of creation.

Dendera temple, one of the must see sites north of Luxor, Egypt

The Hathor Temple is the focal point of the Dendera complex, however, visitors can also see and explore the other attractions at this ancient site. These include; a sacred lake, the Temple of the birth of Isis, a sanatorium, and an early Christian church covered in incredibly detailed carved and painted astrological calendars.

Abydos is another historic city that played an important role in ancient Egypt. Located in Upper Egypt, Abydos is home to a number of temples. This city is believed to have started out as a burial place for some of the first kings in Egypt during the period between 3000-2890 BC. Known today as the Umm el- Qa’ab, it is believed that these royal tombs were just the start of Egypt’s elaborate burial practices that would, years later, see the construction of the Great Pyramids. During this early time, however, Abydos continued to grow as a cemetery and was continuously expanding outwards and upwards.

Over time, Abydos no longer served as burial grounds but continued to play an important role in ancient Egypt. Following the death theme, Abydos became an important place of worship for the god Osiris, the Egyptian god of the underworld, cult.

The Temple of Osiris was originally a funerary chapel but was changed, re-built, and added to over the years by Egypt’s pharaohs. Today, the ruins can still be visited though it is only one of several temples within Abydos.

Another must-see temple in Abydos is the Temple of Seti I. Of all the buildings in Abydos, it has survived the test of time the best, earning it the nickname ‘The Great Temple of Abydos’. Three of the original chapels remain along with parts of the small palace and forecourts. What makes the Temple of Seti I so special though is the wall carving known as the ‘Abydos King List’. It’s a cartouche which lists the names of many important pharaohs, though it is obvious that some were purposefully left out. Such a complete list of pharaohs was so rare that it has been called ‘the Rosetta stone of Egyptian archaeology’.

Abydos, one of the most amazing historical sites in Sohag, Egypt

Abydos was, and still remains, an important part of Egypt. With such a long history, and so much build-up over time, archaeologists are still uncovering clues, hints, and secrets in this ancient Egyptian town.

Deir Al Medina was the artist’s village. Unlike other villages in ancient Egypt, this one did not start small and grow. It was purposefully created and planned by Amenhotep I in an effort to help preserve and safe-keep the tombs of Egypt’s royalty. Robbery and desecration had become a problem in many royal tombs, which is why the Egyptians changed from having large monuments (like the Pyramids) for burial tombs and instead moved to the area that we now know as they Valley of the Kings where the tombs could be hidden and therefore better protected.

The artists who lived in Deir Al Medina were known as ‘Servants in the Place of Truth’. It was their job not only to create and decorate the elaborate tombs but also to safeguard their secret locations. Though, as is human nature, some workers were not so trustworthy and, in the end, turned to grave robbing, especially as the Old Kingdom began to collapse.

During the Christian era Deir Al Medina, now long since deserted by the artists, was taken over by monks who turned the Temple of Hathor into a cloister. It was this cloister that gave the village its name as we call it today; Deir Al Medina means ‘monastery of the town’.

Today, Deir Al Medina is an archaeological site that, like many others in Egypt, is still holds many secrets. New tombs, items, and clues are being unearthed here on a regular basis, allowing experts to expand our knowledge of ancient Egypt. Deir Al Medina is open to tourists, and a great place to visit for those interested in learning about the Egyptian commoner’s way of life.

The Tombs of the Nobles

Located quite close to the Valley of the Kings and the Valley of the Queens is another valley filled with tombs: The Tombs of the Nobles. These are some of the most impressive but least visited tombs in all of Egypt, and are definitely worth your time. Especially if you are looking to escape the crowds.

Unlike the tombs of the Pharaoh’s, which are decorated with passages from the Book of the Dead, the walls of the Tombs of the Nobles are much more lively and depict scenes from the noble’s everyday life. The condition of the artwork in these tombs is incredible with vibrant colors and clear images.

Valley of the Nobles in the West Bank of Luxor, Egypt – Photo credit National Geographic

So far, there have been over 500 tombs discovered in the Valley of the Nobles. Recent discoveries are still being excavated and studied and it is expected that many more are hidden in the surrounding desert.

Visitors are permitted to visit some of the tombs. The tombs that are available for public viewing are divided into groups, and each group requires a separate ticket (prices for each ticket varies). The Tomb of Sennefer is said to be one of the best of the noble tombs for visitors to see because of the colors and how well it has been preserved.

Saqqara (also spelt as Sakkara) is a large complex made up of numerous pyramids. This ancient burial ground is only about 30km from Cairo, however it is overshadowed by Giza’s Great Pyramids meaning few people know about, much less go to see, the pyramids of Saqqara.

Saqqara became a popular royal burial place during the second dynasty (during the first dynasty royals were buried at Abydos). The popularity of royal burials here faded for a time, but Saqqara became the burial destination of choice again for royals during the fifth and sixth dynasties. There are dozens of tombs from the Old Kingdom, Middle Kingdom, New Kingdom as well as early dynastic monuments and monuments from the late period. You could spend ages exploring them all, but there is one in particular that you can’t miss: the Step Pyramid of Djoser.

While not technically a part of Saqqara, there are two more unique pyramids in the area. The first is the crooked pyramid, which is said to be an unsuccessful prototype. The second is the Red Pyramid which, like the pyramids of Saqqara, rarely gets visitors. It’s believed to be Egypt’s first ‘smooth-sided’ pyramid.

Saqqara is an easy day trip option from Cairo Plus, it’s a great choice for those looking to get off the beaten tourist trail. We recommend making it a full day trip so that you can also explore and see as much as possible in this area, however if you are pressed for time, Saqqara can be combined with a visit to the Great Pyramids.

Egypt is home to an innumerable about of incredible archaeological sites and attractions, and new ones are being found every single day. While the best known attractions in Egypt are definitely must-see’s, there is something to be said about these lesser known sites as well. If you are looking to experience a different side of Egypt, and to escape the crowds, then consider adding a few of these sites to your Egypt tour package.

Ready to pack your bags and book your own Egypt tour to experience these incredible historical sites for yourself? Take a look at Osiris Tour’s Egypt tour packages offering luxury private Egypt tours to these ancient sites and many more.

Hannah is a Canadian travel writer and blogger who dreams of one day being as cool as Indiana Jones. You can follow her travel adventures on her personal blog, Eat Sleep Breathe Travel.